There was some trepidation in my world when I heard the Akron twosome had hooked up with superhip producer Dangermouse.  Would he turn them into some sort of disco outfit?  Would they move too far away from their roots? 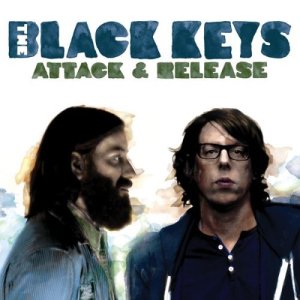 There was no need to fear.  The Risky Rodent did not push them into completely uncharted waters.  The album does sound noticeably different from their earlier works, but in a logical and exciting manner.  Instead of stridently sticking to the guitar and drums combo, there are some new sounds on here – an organ, bells and other tinkly things. The core dynamic is still the rise and fall of the guitar and drums, but the new sounds  do add some refreshing variety.

This album could a load of critics excited when it came out.  It is good to see the lads having fun and making new friends.  It would be even better if they delivered some super catchy tracks.  A few approach single-like status, such as I Got Mine, Strange Times and the closing Things Aint Like They Used To Be, but it does appear that the bigger picture of a coherent soundscape took precedent.

This entry was posted in B and tagged Attack & Release, CD review, music, music review, The Black Keys. Bookmark the permalink.