Ani DiFranco has never (as far as I know) deigned to grant her bandmates a collective noun. There is no Ani & the Ants, or DiFranco & the Dynamos. 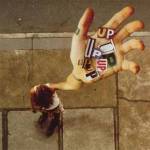 This wasn’t too much of an issue on her first eight albums, but the time we get to this first of two releases from 1999 (she IS prolific), you start to get the feeling the folks in the background are getting stiffed.

No longer are we listening to a solo artist belting out tunes on an acoustic guitar with a little help from her friends.  Instead, we have an album with extended jams between bass and drums, with horn bursts and a genuine band feel.

Given her claimed righteousness, perhaps this could be recognised via nomenclature.

The album itself represents a considerable departure, or perhaps extension, of previous moves. The song-writing has got even more hit and miss.

She nails a couple of rippers – the acerbic State of the Nation harangue ‘Tis of Thee and, most successfully, the divorced parent counselling session Angry Any More.

The latter track is worth chasing up, the two big jamfests less so, as she (and her Aardvarks) lack the magnetism of a Parliament/Funkadelic 12 minuter.

File under: Beware the sun Icarus

I am breaking up the Ani action with a variety of recent purchases from A-Di.  Here’s one I picked up a month of so ago. 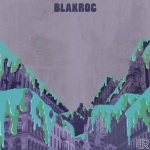 The world of side-projects is a minefield for music fans.  Invariably you feel compelled to investigate (and reward) the efforts of favourite artistes, but so very often the output is just a self-indulgent and lesser outcome.

Musicians are want to explore genres and instruments at which they are less adept and less original, and we the consumer/fan bear the brunt. That doesn’t mean we learn our lesson.

When I heard the Black Keys had recorded a whole album of hip hop collaborations I still dashed down to JB HiFi to pick up my copy.

Thankfully this is an album that was worth recording.  The BKs have taken a sufficiently low-key and backseat role in laying down some bluesy riffs and (more substantially) some laidback stoner rhythms for 11 different MCs and R&B singers. By “sufficiently” I mean that they haven’t imposed their style too much.

As such, they have let the masters deliver on their core strengths.  The standouts are Raekwon, Ludacris and Pharoahe Monch:

The latter’s track features a chorus sure to inspire any budding entrepreneur:

“It won’t make dollars if it don’t make sense”

Not a bad way to spend an afternoon, or to find some new artistic friends to pursue around the music stores (so perfect for the post-Xmas sales).

File under: A tasty side dish

I have a pretty simplistic view of the album creation process (as regular readers may have already adjudged). 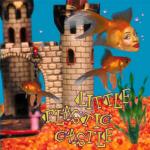 I like to think that the final album running order reflects the sequence in which the tracks were written and recorded.

If that were the case with this album, then something substantial happened about two-thirds of the way through.

The front half of this album is DiFranco at her poppiest and most adept.  The title track, Gravel and As Is are all the logical progression from her earlier work, mining the agit-folk vein but with a real ear for catchiness and sing-along-ability.

She then delivers perhaps her finest moment, the plaintive chronicle of life with a downward spiralling lover, The Little Girls:

More gems follow including Loom and Pixie. Then it all gets schizophrenic on the listener.

The album gets all noodly and experimental (especially on the final three tracks). In come the samples, the indulgent basslines, the horns.  Actually, the video clip above shows where they were going.  The earlier immediacy and impact gets swamped by the musicality and showwomanship.

This transformation is astounding and concerning, although not enough to substantially alter my view that this is a very good album. Indeed, I’d never even noticed the final tracks before…

File under: Not completely impervious to attack

Listening to this mammoth double-CD live collection for the first time in a while, I can now explain why I don’t own several of the albums from ADF’s early career that strident DiFrancophiles (of which there are many) would consider essential. 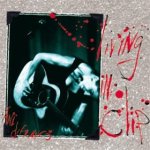 Most of the 28 tracks on here are from said releases, and as I heard them here first (or perhaps live), I don’t feel the need to sully their memory with earlier versions.

I have seen Ani on stage at least four times, and she is one of those artists who clearly bores easily, and thus she reinterprets, re-shapes and re-imagines her back catalogue at will.  Usually, she’s on the money (although not always), and the songs become new and fresh again.

Hmmm, I feel I may have just argued the case FOR owning those older CDs, as I don’t have a strong feeling for the pre-1997 incarnations.

The CD captures the energy, rawness and slight chaos of her live performances.  The mix often puts the vocals and the guitar too up front, however, and overindulges her typically inane banter.

But the CD includes one of my favourite Ani ditties, 32 Flavours, which is enough reason to listen (and watch in HQ fullscreen):

File under: Let the Clip rip

Given the season, I thought you’d like some insights into a Christmas CD in my collection. 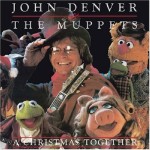 My festive habits were altered irrevocably when I discovered this album in my beloved’s stash.

It chronicles a TV special Denver did with the Henson creations in 1979.

The Muppet Show was a big part of my childhood, and every voice on here thrills me. It is exactly what you’d expect. A mix of the traditional, but with sufficient chutzpah and irreverence to lighten the heart of the most strident Scrooge.

The songs are well-chosen, and most of the big name Muppets get some airtime. Sure, a few of them are (inevitably?) a little soppy, but loads of them just sound like drunken revellers hassling an earnest caroler. And that’s the Xmas spirit in my world.

Here’s the opening track and scenes from the episode (click through for parts 2-6):

Curiously the line-up on 12 days… varies between the clip and the album, with the “band members” getting less action on the latter. Inexplicably Beaker’s scene-stealing 9th day cameo is missing from the clip. It gets me every time (me me me me me).

As a substitute here’s his more recent clip playing Ode to Joy:

Play this album this Xmas. It rocks.

File under: To hear once a year

I’m a bit of a sporadic purchaser of Ani DiFranco’s output. I have been particularly remiss in recent years, and also with respect to some of her back catalogue. Hence we leap three years and albums forward to this release. 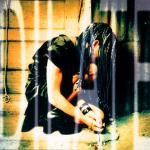 This is one of the standout Ani efforts in my collection. Taken chronologically she leaps considerably from the sparse, warm Puddle Dive to this much more complex collection.

This is Angry Ani (or should that be Ahhngry Ani?) spitting vitriol about disempowering relationships. Untouchable Face is unrequited love at its most redemptive (language warning on vid… and a bad bleach job warning too):

The imagery and turns of phrase on several tracks here are about as good as it gets, f rom the constellations of pool balls in Untouchable Face to the phone booth effect in Superhero.

The music has got much more layered and multifaceted with guitar effects, overdubs and the like.

This should be a better album than Puddle Dive.  At its high points it is astounding, but ultimately I find some tracks a little too cold, and the weak points (such as the least necessary cover ever of Amazing Grace and Going Down) are stinkers.

File under: An eye-opener

I’ve had a very enjoyable past day repeatedly listening to this album from Ani.

This is Ms. DiFranco at her most endearing.  There is a more gentle tone to this collection of songs.  There is a welcome contrasts between the staccato guitar and warmer and smoother vocal approach.

This is thematically consistent album also, with a fair number of the tracks offering snippets from life on the road and/or the joys and tribulations of music (and the associated ‘industry’).

I continue to take almost embarrassing glee in the sheer simplicity (bordering on quaintness) of Ani’s encounter with 7-year-old Jason in 4th of July.

DiFranco’s caustic critiques of egotistical gigmates (Egos Like Hairdos) and record execs (Blood in the Boardroom) tread the right side of self-indulgent precipice.  The latter track has a revenge motif that never fails to delight the estrogen-endowed majority at her gigs.

The performance poet track here (My IQ) is her finest.

There is further aspect that makes this album such a fave for me.  Three tracks feature harmonica backing from the globe’s finest exponent thereof – Rory McLeod.  He adds more heat to an already warm, cosy album.

File under: I recommend with walking (no puddles required)