This is the second album I have reviewed from South African stalwart Johnny Clegg. While Savuka were Clegg’s band through much of the late 80s and early 90s, this 1997 release saw him reform an old act one last time. Being super hip and groovy, we own the South African CD with the Zulu name, rather than rest-of-world version called ‘Crocodile Love’.

I find this incarnation of Clegg much more exciting and innovative than in his Savuka guise.  The music is much more danceable and less overtly poppy and disposable.

I find it more listenable on the tracks where he and Sipho Mchunu sing in Zulu than the English language material.  The latter are a little too ambitiously poetic for my liking, especially as said poetry tends to be very tie-dyed (think Grateful Dead meets Lion King vibe). This  pushes Clegg dangerously close to Sting territory.

I couldn’t find a decent video of any tune on the album, so here’s Clegg and Co with a famous bloke (and an awful jacket):

File under: Don’t judge a man by his jacket

It has been an icon-heavy week around this blog, and here’s a true musical original.

I was introduced to this classic by my lovely spouse, and I am eternally grateful.

Of course, I’d heard Mercedes Benz and Me and Booby McGee before, but never in their natural setting. Appearing alongside eight other bluesy rock gems, they make a hell of a lot more sense.

This album (posthumously released after Joplin ODed during the recording) showcases an artist in her prime belting out some of the most powerful songs you’re ever likely to hear.

Ms. Joplin has an astoundingly engaging and expressive voice. She bends notes and bursts with emotion. The production quality is great, leaving enough space for the vocals to roam free, but with some sensational playing.  The organ work on My Baby, for example, is a real treat.

It is such a shame that Joplin joined the Forever 27 club (i.e. famous musos who died at 27 – the club also includes Robert Johnson) and left no more tunes, but she certainly went out with a huge bang:

File under: Sweet Mother of Pearl

The woman whose wild, wagging hips shimmied Syl down my gig of the year list was Ms. Sharon Jones and her regal Dap-gang. 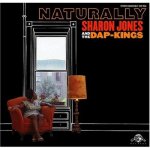 Shazza has wowed my repeatedly in the live arena with her sass and soul.  Shows from this 50-ish lady and her well-dressed band are truly a thing of beauty.

I defy all but the spinally-damaged to not find themselves bewitched and bouncing along to every tune these guys ever play.

This album is a glorious exercise in timelessness revivalism.  Without prior knowledgem I would place it’s provenance as being mid-1960s (rather than 2006).  Each tracks sounds like an immediate classic (yet only once is a cover).

SJ bemoans the meaness of her man, his dragginess, his failure to commit, and her desire to let him down for being too good (!).  Meanwhile, the tightest band since the Funk Soul Brothers makes it all sound sexy and sultry:

I’ve listened to this album all day long (as I have numerous times since purchase) and I haven’t tired of it yet. I aspire to be a NBL who TCB…

On Valentines Night 2009 I tagged along to a gig by a man I’d embarrassingly never heard of.

All I knew was that he was some soul/funk demi-god. 72-year Syl Johnson was an astounding bundle of energy, playing tracks I’d never clicked were in his back catalogue and raising the bar for the physical state I’d like to be in late 2043. The gig was good enough to crack my top 5 for the year.

The next day I jumped online and purchased this double-disc set. It’s actually four entire albums from 1973-79 plus a raft of bonus tracks.  At 44 tunes in total, that’s great value.

This is a great mix of soul (a la Al Green), with occasionals forays into Brown-ish Funk.

Johnson’s voice has that ability to sound like he’s on the edge of tears, coupled with the roughness necessary to get down and dirty and growl out a command.

The musicianship is superb, especially the horns, and the arrangements are such that many standards become his own.

Now Syl didn’t look quite this good in 2010, but he sounded almost this fresh:

And while I’m bombarding you with vids, here’s the best cover ever of Syl’s cover (it was originally an Al Green track):

File under: Don’t be a dill, embrace Syl

The music world is light on for creation myths. 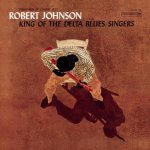 The purported meeting between Robert Johnson and a talent-trading Satan is one that has always tickled my fancy. The notion that other-worldly skills might be bestowed upon a musician via a Faustian pact is appealing.

The tale has been twisted by various artists (and in multiple media since).  I suspect my first encounter with was through the Muppet Show:

And then the Karate Kid took a swing at chasing down the legend:

Even the cheeky Tenacious D dudes got into it:

But ultimately, one must turns one’s attention to the gentleman who triggered all this.  This collection of Robert Johnson tracks is a glorious journey back to a time when guitars, harmonicas and amplified sound could well have got one thinking about the netherworld (without the Led Zep histrionics).

Johnson is rightfully lauded as a father of modern music and this CD showcases his many skills.  His voice is both strong and pained.  His guitar-work is mesmerising and complex.  His lyrics are amusing at times, and the songs are much more complete than a lot of the seemingly ad-libbed work of his contemporaries.

This is a record of true genius.  If RJ did indeed make a pact with Beelzebub to tap into this talent then it was well worth it:

File under: Wearing a crown of horns?

I felt so very cool and ‘in’ when I purchased this slab of vinyl way back when.

Perhaps my first ‘alternative’ album purchase was The The’s “Infected”. I spent many many hours playing and replaying said cassette, and said band’s debut, “Soul Mining”.

Of course, The The was at that stage just one somewhat surly man, Matt Johnson – the thinking fan’s ‘MJ’.

So, securing this ‘hard to find’ earlier solo release had me feeling like I’d snuck into some illusive, elite club.

Legend has it that Johnno recorded and tinkered with this opus after hours while teaboy in a studio. It is damn impressive in such a context, as it is a highly complex, multilayered soundscape built around innovative tape loops and effects.

Matt went on to develop these skills and techniques in his The The incarnation. The later works were much more listenable and enjoyable.

This collection is more daunting. Lyrically his embryonic status is still impressive and expressive. Musically the industrial/psychedlic adventuring is more jarring and overwhelming than need be.

There is so much promise and prescience in this record (with the benefit of hindsight), but it isn’t the obvious entry point for a newbie.

File under: A testing taster