Popping out of the Ms for a couple of reviews of purchases that post-date their respective letter. 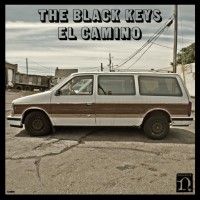 Not too many albums on here are Grammy winners.  I don’t to buy much from bands who appeal to crusty industry folks.

But this album did win Best Rock Album. Like so many actors and directors who get an award for the film after their really good performances, this opus doesn’t quite reach the heights of my fave Rubber Factory. But it’s the best output from their evolved fuller band, Dangermouse-produced selves.

This already confident band strides through this recording with Kanye-like swagger. They draw upon a greater breadth of styles from across their career, and on one track take the slow-loud blues approach to perhaps it’s eternal apex.

The tune in question is Little Black Submarine which kicks off like a Jack White number and seems to be staying in that heartfelt troubador space for the opening minute before naturally build to a whole new wig out space.  In the end, it’s stunning that it is only a 3:32 track:

I find myself returning to this album very regularly, probably as often as Rubber Factory, which says a lot for its chops.  Here’s to the long-awaited 2014 release.