I’m currently on a worktrip to Thailand.  Looking ahead at the CDs on my agenda, I can see 3 more Led Zeps plus 3 from Ben Lee, so I’ve made the executive decision to alternate them (lest I got over Zepped)…It also means I’ll have reviewed 5 debut albums in a row!

Ben Lee is a character who divides the Aussie music fan community, as he’s always been unusually brash, and no one really looks a prodigy. 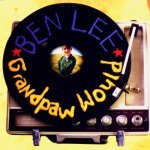 Lee was still only 16 when this debut hit the shelves, bursting with 21 tracks of (mainly) acoustic artistry and smarty-pants teenage angst.

Little Benny had already won some hearts with his Dando-tribute Wish I Was Him (which unfortunately isn’t on this album – you’ll have to seek out a Noise Addict EP):

That track exemplifies both the attraction and frustrations with this collection.  Lee has a good pop ear, and patches together some cute sets of lyrics. He was mightily confident, strumming his guitar at increasingly high-speed and belting out odes to various girls, bands and actresses (chronicling and presaging the weird celeb-infused life he was entering).

The frustration is the lack of editing. There are too few actual gems on here, and a lot that would benefit from some polish, taking them beyond a nice couplet or two. He struggled to find a means of overcoming his weak voice (J.Richman should have been a guide)

Perhaps his youthful exuberance and rush should have been tempered. He also should have been encouraged to embrace the fuller-band sound on more tracks.  The single Pop Queen hinted at what he could have achieved here:

File under: Can your Grandpa do this?