Very surprisingly I’ve been to two live musical events within a week.

Artist: Dirty York
Venue: Rainbow Hotel, Fitzroy, Victoria, Australia
Date: Friday, 10 February, 2012
Who?: Melbourne’s premier Southern Rock perpetrators.
Crowd?: Typically thick around the waist, follicly challenged (but with considerably facial hair), raucous and appreciative, a complete lack of hipsters.
Best Bits: The riffs, the voice, the energy and good humour, and a clear passion for an underrepresented sound these days (i.e. LZ + BC), and that the band completely fit the bill (i.e. they nailed the skinny hipped, long and languid look).
Could be Better: in a bigger room (so the drummer could really bash out)
Dream Venue: Sunbury 1973
Dream Lineup: Motorhead, Billy Thorpe, Lynard Skynard.
Worth a Second Look?: Absolutely.
Give us a Look:

The whole point of the blog has been to overcome my prejudices against some CDs in my collection and revisit the dust-gatherers. 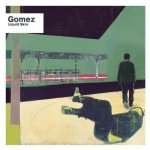 This is a prime example of an album that has been ignored like a redheaded stepchild for almost a decade.

I bought this on the recommendation of someone, played it a couple of time and dismissed it as tryhard roots action from some pompous Brits.

I finally gave it another spin today, and it would seem I have calmed down a bit in my old age.

Sure it still sounds a little too hard like some Pearl Jam/Ben Harper hybrid, but there are some glimpses of creativity within there, and an apparent love for all things Southern rock (with a stoner bent).

I’ll ignore the fact that these guys are pasty white Poms who wouldn’t know a catfish, a swamp or a ‘gator if it bit them on their proverbials because, well, neither would I. And pining for the traditions of a land across the Atlantic never hurt Clapton or the Stones.

There are bands that do this much, much better (e.g. The Black Crowes), but I’ll be happy to play this album again in the next year or two, especially this track:

File under: Worth revisiting

This album (on vinyl no less) has been in my possession even less time than the Dead Weather effort.  I picked it up online (from the mighty Bloodshot Records) along with Justin Townes Earle’s latest release. 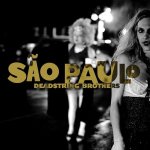 These guys share a lot more in common with Justin’s pa Steve’s rockier work than with that of his progeny.

Their sound’s well and truly in the country-rock domain.  This sounds like the album The Rolling Stones should have been making for the past 25 years or so.

It isn’t quite the southern-rock of The Black Crowes, as it has slightly less swagger (but only slightly).  If anything, it’s probably most like the Drive-By Truckers when they turn on the mellow.

Lest this whole review be solely name dropping, I can tell you that there is a lot of slowhand guitar, plaintive vocals, and some decent slide and pedal.

If you wandered past a pub on a Thursday evening, or a Sunday afternoon and these guys were playing, pulling up a stool and a beer would be irresistable. They also go very well with muffin-baking and the first beer of one’s birthday (for that’s what I’ve been doing).

File under: A Brazilian that doesn’t hurt on bit

Posted in D, On Vinyl

This was supposed to be the big comeback album for the Crowes after a Kate Hudson-caused hiatus (well I think was the explanation I heard). 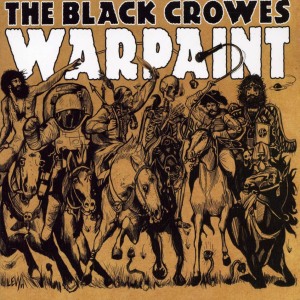 It caused a bit of an internet furore, when one magazine reviewed it without hearing it. The review was unfavourable, and I guess it serves as a reflection of the low expectations some in the press may have had of this release (as well as the lazy attitude of less-hardworking reviewers than myself).

Bands coming off spells can sometimes struggle. The Crowes hiatus coincided with lead singer Chris Robinson putting out a couple of solo albums which were less polished and more jam-oriented than the BCs.

In many ways this album treads the ground between those efforts and the band’s ’90s work. There is a more country-rock bent and less big riffing.

It is all very competent, but I don’t feel the energy of their early work. They seem to be going through the motions somewhat, although Robinson is a little more versatile vocally than on the ‘mid-career’ work. I’m also concerned by the god-bothering track towards the end. Insufficiently rock’n’roll in attitude there lads.

Live albums serve a weird function in the world of musical recordings. Attempting to capture the essence of live performance, but without the visuals, the atmosphere, the alcohol etc. renders the endeavour a far from adequate substitute. 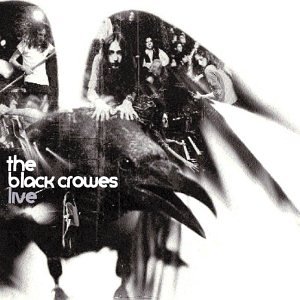 Indeed, the fact that most music goers will happily pay upwards of 3 times the cost of an album to see a decent act “in the flesh” stands as testament to my point. That’s a very considerable premium (or discount depending on which direction you’re coming from), especially as the album can be played multiple times.

This double-CD from the Black Crowes has had numerous plays around our place, but it certainly doesn’t capture the excitement of seeing these guys live. There isn’t the electricity in the air, the sweatiness, the lighting, the volume, or the hilarious throwback attire.

The album capture some giggle-worthy on-stage soliloquies from the decidedly spacey Chris Robinson (especially his one about the “Cosmos”). And they deliver a setlist heavy with their best tracks.  They are still using those damn backup singers… so I refuse to overly endorse this release.  But if you don’t wanna fork out the big bucks to see them on stage, you could do worse things…

File under: Live but not always kicking

Things that put me off in the rock world part 1 – backing singers. 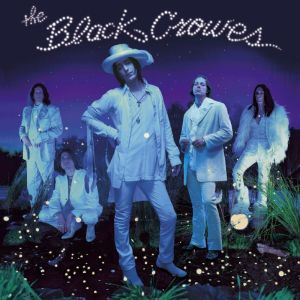 I don’t mean a bit of harmonising (or not quite harmonising) by the guy on rhythm guitar, or the drummer piping up during the chorus.

I mean a line of formation-dancing, gospel choir-trained ladies providing soaring arias alongside the less capable lead singer and clogging up space on stage when they go on the road.  Such additions are the start of the slippery tide towards decks of synths, a second “percussionist”, and as I saw at a recent Ani Di Franco show, a xylophonist.

It just aint rock.  It’s fine if your a funk or soul act.  Or, indeed, a do-wop group.  Then you can have as many Joanie Cunninghams as you like.

So rant over.  The Black Crowes engage such choristers to excess on this album, and push it dangerously close to Mellencamp territory.

Coupled with misdemeanour against humanity 2, the ugly Perry Farell-imitating overblown band photo, it pushes what is an otherwise promising release into irritating land.

It’s a damn shame too because the boogey-influenced bluesy rock here is still better than most.

File under: No need for back up

Tagged By Your Side, CD review, music, music review, rock, The Black Crowes

Ahhh, Amorica. The land of love, where undergarments aren’t quite large enough. 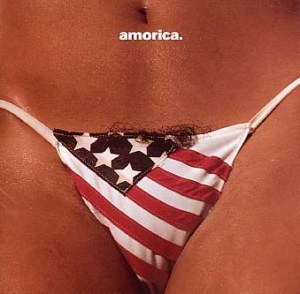 This album cover caused a bit of a furore in the land of puritans and free speech, showing as it does some oh-so-taboo short and curlies.

I see the pic as reflective of the Crowes strong connection to a more carefree early 1970s, when one could more readily let it all hang out.

The album sounds, yet again, like it could have emanated from some smoke-filled studio filled with long-haired hippy rocker types (and their glamoruous hangers-on). It has a slightly more bluesy, jam vibe than their debut. Chris Robinson’s vocals are still up front of some increasingly soaring riffs from his bro.

This is the album the Stones should have been making in the early 90s, or in fact any time from the mid-70s onwards. It doesn’t have the standout singles of the first release, but it is still a coherent advertisement for a great live show.

I took my betrothed to NYC for her 30th birthday, and we crossed the river to the dangerous backblacks of Noo Joisey to see these guys kicking it hard on stage at some beerbarn. They rocked.