This resides also in the until now ignored F ‘Various Artists’ section.

We’re going for a Candle Records double feature.  This was the  label’s 2002 collection of 20 songs from 10 acts in the stable.

As with most of these compendiums, the tracks were pretty much all previously unreleased.  Many would never see the light of day elsewhere.  These weren’t throwaway b-sides, but rather genuine nuggets of gold from the usual suspects (and a couple of fleeting follies).

It contains a true classic from the Ruck Rover lads. Mortgage is the first in their eventual bookend grizzles about the inanity of conversations with couples. It contains some of the most biting and perfect lyrics in songwriting history (“Was your deposit really that large? Were the bank fees really that low? Are repayments really that flexible? Bugger, me whatta you know”).

Darren Hanlon delivers his usual poignant tale of romantic inadequacy on Yes, There is a Slight Chance He Might Actually Fail, and Tim Oxley debuted his brilliant House Husband. A few of the less known Candlites Weave, and the once off D.O.P.H. manage some passable pop.

I was captivated by the album when it came out, and it’s been fun revisiting.

File under: More meat than Masterchef

After a couple of weeks of delving into mainly CDs that my wife purchased, I’ve sought refuge in a compilation from nearby in the alphabet. 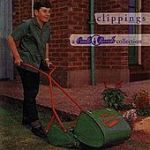 This is the second Candle Records compendium I’ve reviewed, and the first they released on CD.

It’s from the label’s early days, when the core troops didn’t extend far beyond The Simpletons, The Lucksmiths and The Mabels.

Surprisingly, the latter are the pick of this trio on this release, with several of their better songs making an appearance (Cyclone, Dream Team). The other two bands deliver pretty inconsequential tracks of close to b-side quality (other than Art of Cooking for Two). Queensland combo Weave also offer up some value.

The appeal of these Candle collections was the always the chance to check out a few up-and-comers. Here the pickings turn out to a little slim. There is one amusing ditty (Scoops) from Falcon 500 about splitting the arse of your pants at school. But most of the tracks are too insubstantial and underproduced.

One highlight is two more tracks from the criminally under-recorded side project from two of the Luckas, Bowl-a-rama, including the final tune that features Marky Monnone exploring areas of the musical scales not typically sought out.

It is great to sing along to, confident that you’re doing no worse job than him. And when you have a voice like mine, that’s important (as evidence, here’s a completely indulgent and excruciating clip of me butchering a country classic):

File under: Trim but not terrific

I just realised that I’d forgotten to look over in the ‘compilations’ section lately. There are a few banked up that I’ll chuck into the mix over the coming weeks (so as to break up the long streaks of same-artist reviews).

Candle Records was the home of Aussie acoustic pop from 1994-2007. This was the second of their compilation CDs. The neat thing is that they didn’t just chuck together songs fans probably already owned. Instead this release includes 22 tracks from 11 acts, none of which had yet appeared on recordings. In fact, this CD saw the debut of a few new faces, including one who would become the label’s biggest name (at least down under).

Part of the thrill of Candle for me was that these were bands I was very regularly seeing play around the pubs of Fitzroy (and sometimes even North Fitzroy). Some of the songs were familiar from live sets, others were little tasters of bands from far afield (Sydney, Brisbane, Perth). Songs were typically very well crafted, some with a strong humorous element, many earnest and daggy.

Highlights: the Lucksmiths‘ T-shirt Weather, the debut tracks from Darren Hanlon (especially the hard-to-find-elsewhere Funpark Fugitives) and country-chicks Fibrotown who sadly never graced another Candle release. One of my bugbears with Candle was that the artists often lost their vitality and uniqueness over time. These sampler albums are wonderful reminders of them at their freshest. It is sad the label is no more…

File under: A very tasty sampler

Posted in B, Oz Artists, Various