Our collection is smattered with CDs reflective my wife’s heritage.  This is a collection of tunes from her birthplace – Zimbabwe –  from that country’s most prominent musician. 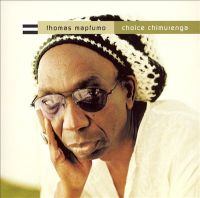 This is a compilation of tracks from across various albums.  Mapfumo originated Chimurenga – struggle music.

It’s all sung in the Shona language, so I can’t say much about the content (beyond what I’ve read in the brief liner notes).  But, he’s done enough to piss Mugabe off and be forced into exile.

Musically, the tracks are distinctly Zimbabwean, built as they are around mbiras (those funky little thumb piano thingies).  The rhythms are hypnotic, and Mapfumo vocal style is similarly enveloping with a strong rhythmic drive.

At times, he steps over into the reggae space with ease (as this video captures, this matches up very well with his look too):

For struggle music, this is extremely pleasant listening.

File under: Embrace it bro

I have a question for all you music lovers out there: what is your approach to music in a language you don’t understand? 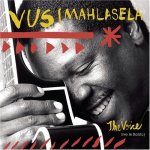 Do you seek out a translation of the lyrics at all? Do you try to imagine what a song might be ‘about’?  Or do you just let it wash over you?

This ‘best of’ tunes from South African maestro Mahlasela features songs in a variety of that nation’s languages.  Some are in English, such as this one:

Others are impenetrable to me, but it matters little, as Vusi’s voice is truly captivating.  He seems to conjure up some universal language of joy and hurt.

He plucks out a rhythm on occasion with his vocals (doing that clicking and breathing thing of his countrymen, but in a less cheesy fashion).

This album purchase followed seeing him live about six years ago, a show that certainly entranced my missus and I.  It is still a thrill that this album captures much of the revelatory nature of that show.

On a strange aside, on several songs Mahlasela’s voice evokes Peter Gabriel, yet none of the tunes seemed as contrived or overwrought as Gabriel’s.  I wonder if I would think the same thing if I understood the language?

File under: He IS the voice

I don’t think I’d heard this CD before today. It presumably belongs to my much more cultured missus.

I’m guessing this is the only CD from a Beninese performer in our collection. I feel doubly worldly and hip for this being her much under-acknowledged solo debut from 1990.

I have no idea what she’s singing about (or even in what language).  It’s so cleanly produced it could be the soundtrack to some mid-80s Hollywood c-movie about hijinks at an exotic beach resort.

But she does have a lovely voice, nice modulation and the songs bounce along.

This ain’t exactly a CD I’d throw on regularly, but it’s got a certain sunshineyness that I might enjoy with a cocktail on our balcony some early evening.

And in a link to my previous review she seems to honour an underrated Aussie test cricketer Greg Blewett on Blewu, as well as a tennis great on Agossi. In light of this, I’m happy to declare her as Benin’s Paul Kelly…

File under: Uncage this African songbird

So here’s another album from my wife’s past, reflective of her youth spent in South Africa. 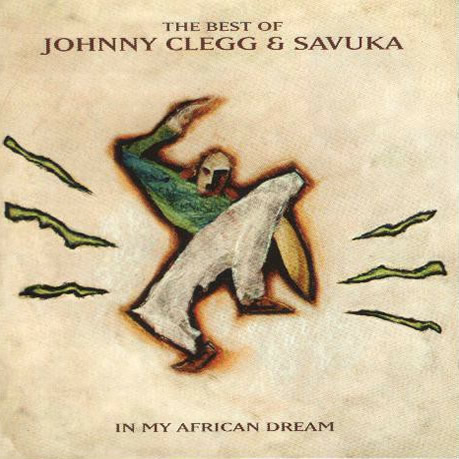 Clegg was apparently the coolest, most righteous dude in apartheid RSA and my lovely saw him at the local arts festival somewhat regularly.

Meanwhile, over here in Australia, I recall seeing videos of said frenetic pale bloke with a Seinfeld mullet on one of the more adventurous music video shows (was it The Noise? Or perhaps Rock Arena?) .

Clegg left his impression on me, as he sang in Zulu and English and was fronting a mixed race band.

This here album is an action-packed collection of his big hits.  While we remain pretty unaware of his efforts down here, a bit of Wiki-ing reveals that he was a huge star in France and other parts of Europe, and that the most poppy of his tracks (Scatterlings of Africa) appeared in Rainman.

This is an upbeat, enjoyable listen.  The songs have catchy rhythms and the lyrics I can understand are stridently political and brave in the context of an increasingly edgy police state.

It doesn’t quite have the power of his countryman like Vusi Mahlasela, but it’ll keep getting played in our place.

File under:  On our dream team

OK, so we’re 16 albums in and this is the third with a South African connection. I can explain. My interest in South African music stems from several sources: (i) I was moved by several novels books about SA as a teenager (Cry, The Beloved Country was one); (ii) I studied SA history one year at high school; (iii) I saw Paul Simon on his Graceland tour; and (iv) my wife was raised there and I have visited the beautiful land.

This album is the soundtrack to an amazing documentary 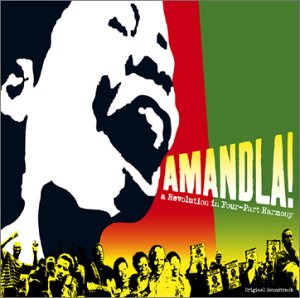 about the role of music in the South African struggle against apartheid. I can highly recommend the film, and this album. It brings together a diverse and moving set of tracks from some of the big stars of the day – Hugh Masekela, Abdullah Ibrahim, Vusi Mahlasela and Mariam Makeba, as well as some choirs, and a few one hit wonders.

Some tracks are slow, building laments. Others rock along. A little gem is Meadlowlands – a be-bop tune about the clearing of a township. It reminds us that protest music doesn’t have to be aggressive, but can be subtle and a lot of fun.

This is a beautiful collection and wonderful historical document.

File under: Noble and gnarly

Posted in A, Soundtrack, Various

5. Amampondo – “Feel the Pulse of Africa”

This album was not purchased by me, but rather came along with my wife 🙂 As such, I have invited Catherine in to say a few words:

“The Amampondo album mostly collects dust on our shelf. It’s not my ‘go-to’ album when I’m in the mood for some African beats. But it was a good exercise to play it again and remind myself just what it’s all about. The band is South African and more specifically they have a Xhosa background. 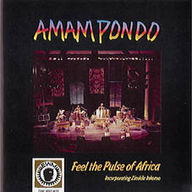 This is their fourth album. I haven’t heard any of their other music though so I can’t make comparisons. This particular album is poorly recorded and a bit ‘plinky plonky’. I know that sounds a bit childish, but the depth of sound just isn’t there. There is a sameness to each track and not enough melody. Given how stirring and emotional other African musicians make percussion feel, this album is mostly disappointing.

One positive thing about this album is that it’s a technically good example of a very specific percussion style.

And the band themselves certainly have some significance in the music scene in South Africa. A quick search on Google reminded me that Amampondo were asked to play at Nelson Mandela’s seventieth birthday concert at Wembley and represented South Africa at the opening ceremony of the 1996 Olympics.”